Me and Doug at the Draft 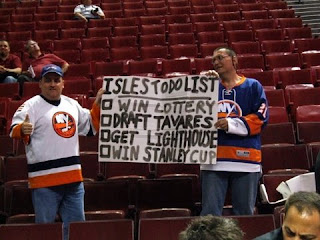 The Montreal Draft from My Friend Doug

OK, I'm finally going to do this now. I kept waiting for this team to do something else, other than fill out Bridgeport's roster, but apparently, that either isn't the plan, or they are having a hard time getting anyone to sign here, just yet. I do know they need to save spots for the youngsters (we HAVE been making this argument for years, haven't we?), but they really need more than five or six veterans to teach these kids the ropes, especially if two of them are goalies.

Personally, I think they should resign Hilbert. I know everyone hates the guy- I did, too, in the wrong role. The guy is not a first or second line player, who should be getting power play ice time. THOSE are the roles in which they desperately need the kids to get their feet wet. However, as a fourth line penalty killer, there aren't too many guys who bust their ass out on the ice more than he does, and that alone is a lesson for the youngsters in regards to showing up every night, and not taking anything for granted.

I'd also like to see them at least take a shot at some sort of veteran who can score a bit as well since, let's face it, we don't have that many, needless to say. That said, maybe the plan is to be at the top of the draft heap again next year, which isn't really an awful idea- it would probably guarantee that this will be a really good team, three or four years from now. We shall see.

I also understand the reluctance to sign a full time goon- those guys are getting decent money at this point, and there are only really a few of them left. You really don't need them every night, so having a guy on a two-way for bottom of the barrel dollars makes sense, in my opinion- as long as he can fight. The issue we had last year was that Fritz can fight like hell, but he can't play any better than I can, where as Rechlicz is at least presentable on the ice, but seems to be a so-so fighter. I'm guessing the plan is to hopefully get the latter to develop into a legitimate heavyweight. We shall see.

At any rate, as you can see from the picture, I was in Montreal at the draft with Roger, thanks to him letting me know he had a ticket for me at the last minute. Thanks again for the ticket, my friend- I love the NHL draft, and I try to go whenever I can. Just a couple of quick observations in regards to the surroundings- the Bell Centre is a monstrous cavern. I doubt we'd ever need anything nearly that big. It's not really impressive on the outside, except for the statues of all the Hall-of-Famers that surround it. However, the arena itself is huge. The thing I like most about it is that the upstairs seats are steep and close to the ice, so the view is probably decent from up there. This is in contrast to NJ, where the "steep" concept apparently failed to enter the engineer's mind, and so I've been told that one can spend the entire game watching the back of the head of the person in front of them.

The second thing is…well, (what else?) the snobby French-Canadians, especially the women. Hate to break this to you honey, but I have been married for 14 years- try not to flatter yourself. I just want the pen that I dropped under your seat back, OK? See you next Tuesday, sweetheart. The best are the ankle biters, though- Roger's brother-in-law is a Leafs fan, and he wore the sweater. I don't know how many people told him the Leafs suck, either while running by at full speed, or from the other side of a busy street, but that applied to pretty much everyone who said anything to him. He was getting annoyed that he had to deal with them (especially since Roger kept pointing him out to everyone….LOL), but let's put it this way- Rag$ fans they are not. That's basically spring training for dealing with the helmet-wearing drunks who ride the short bus to Madison Square Garden, or the Wachovia Center in south Philly. I was not impressed, to say the least.

What I was impressed by was Garth Snow, who spent two months essentially pissing off the Canadian press, on purpose. After all that, he walked up to the podium, and he had this big shit eating grin on his face when he said, "John Tavares," as if he was saying, "guess what, you jerks….who the heck did you think I was going to take?....morons." That was classic.

As for the other pick, he can say whatever he wants, but I still believe he moved up to 16th, thinking he could draft Ellis, and then when Nashville grabbed him, he figured the defenseman parade was on, so he moved up again. I don't question the moving up, but I think that the first time, he probably should have waited until it got down to what triggered the second deal. I'm not a big fan of moving up without a specific use for the pick in mind, which means I don't move up to 16th when the draft is only at pick number 7- but that's just me. That said, we did meet Calvin de Haan toward the end of the night, and he seemed like a nice kid, with a good family, so hopefully that translates into something. I don't think we will see him until next year, though.

As for the rest of the draft, I question the second goalie, because I think it's overkill, but other than that, as with any draft, you can't tell what it's going to be until a few years from now. You can say what you want about the kid with the legal issue, but if he is as good as he was projected prior to it, we may have gotten very lucky with that pick. Some of the others seem to be projects as well, but you can't really complain about anything in rounds 4-7 as far as I'm concerned, because if the draft is a crap shoot, that part is REALLY a crap shoot. Again, we shall see.

At any rate, that is what I have seen so far. Hopefully, they will do at least something else in terms of a free agent signing before the season starts, however little it might help this year. I do think this team has the potential to be really good in the not too distant future, and I haven't been able to say that in forever. I don't know how it will shake out, but I do know that we're probably not going to trade Calvin de Haan for Oleg Kvasha, and that alone gives me hope.