So, I felt a statement was made about Dipietro's situation last Saturday.

We knew a strong back-up was coming in. It happened.

Roloson is older, but he's coming off his best season ever. The numbers were good. He can play 30 or 60 games. It's a good signing. $2.5 isn't cheap, but we're under the cap level, so no problem.

Throw in this kid Munroe, who just went 31-19-4 with an excellent .926 SV% and well, Bridgeport would seem very well stacked, considerin All Rookie Team goalie Lawson is there and Koskinen is scheduled for BPort too.

Now, not even one week later, the statement has become stronger.

Well, I guess it's the safest way to go.

Hope I'm wrong about that!
Posted by Landasnislander at 7:55 PM 0 comments

Have You Seen My Shoes

Posted by Islanders Esoteric at 7:32 AM 0 comments

Anatomy of Another Trade

Posted by Islanders Esoteric at 7:00 AM 0 comments

When i have more time I will straighten these out. Have to run to airport now. 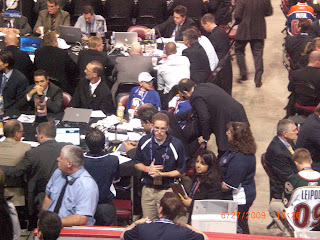 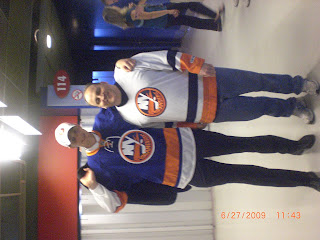 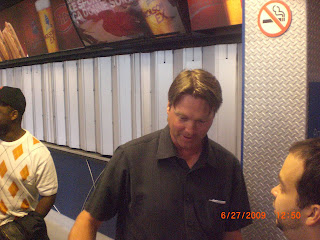 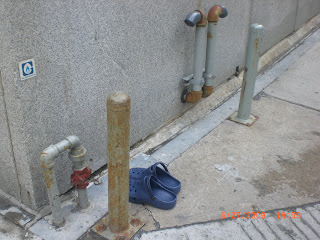 Posted by Islanders Esoteric at 11:50 AM 0 comments 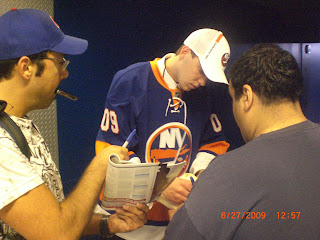 Posted by Islanders Esoteric at 11:44 AM 0 comments

Anatomy of the second trade - part 1

Anatomy of the second trade - part 2


Round Three Board turns

Posted by Islanders Esoteric at 10:53 AM 0 comments

I am just getting in from partying like a rock star with many of the Isles Bloggers and BD Gallof and Eklund.

It is one of those days where more things happened then I can really remember.

One of the major events form last night is walking into a bar and meeting sudsie and the Isles Finish scout.

I asked both of them why they chose Mikko. Sudsie said his athletic ability for a guy 6 foot 7. and the scout said "because he can stop the puck."

Again we bumped into Calvin deHaan walking around. He is very excited to be an Islander.

I can not tell you all the different people I met this weekend but I do know that the Islanders went out and got the players they wanted. Plain and simple. All the Isles execs said that this was Snowies draft and although Wang was ever present it was all Snow.

I was hearing rumors from a couple of sources that there was some disparity amongst the scouts. Although I didn't hear anything directly I did hear this from several of my own sources. I expect Brian to have some strong follow up on this topic.

Once I can see straight I will post some more videos of tonight's events including the series on "Excuse me are those your shoes?"

As I walked with the group of Islander fans etc, you can tell the Montreal fans were all envious of our pick for JT,

My head hurts so I will post more later.
Posted by Islanders Esoteric at 5:46 AM 0 comments