I don't have any feeling either way about this whole thing but I knew that out of the three we would end up with the guy with a name that the Ranger fans can shove down our collective throats. This and only this reaon is why I am ho hum about his selection. Here is my graphic representation of how I feel: 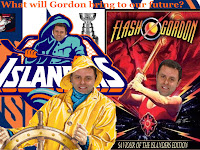 It's not just the name. Its the thought of what will happen at the next Islanders-Rangers game and the Coliseum is filled with 50% rag idiots chanting "Gordons Fishsticks" just makes me cringe.

It will only get worse during our regrowth period if these kids don't do well in the beginning.

We can put a man on the moon but we can't figure out how NOT to sell tickets to rag fans. For me this is one of the worst things that happens during my Islanderfandom. It is embarassing and makes it that much more of a challenge for us, as fans, to connect with our boys on the ice. These games are part of one of the greatest rivaries in all of sports. I say a new rule that should be implemented, if there is a scuffle between two guys, one in Isles garb and one in Rag's rags, the rag fan should be automatically tossed no matter what.

When I first saw a picture of the new coach I immediately thought of Davey from the old Sunday morning TV show, "Davey and Goliath." If Coach Gordon and his new "Goliath" can instill in our kids the ethics, character and heart that cartoon "Davey and Goliath" did, then our team and the new kids will be alright. 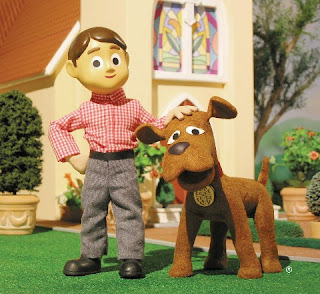 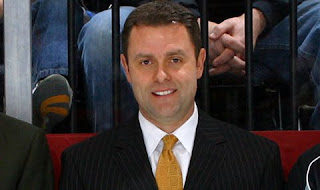 Posted by Islanders Esoteric at 12:42 AM 1 comments